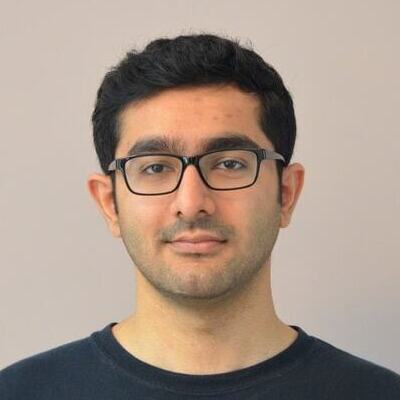 I was a member of AMZ Driverless, ETH's Formula Student Driverless team, for the 2018-2019 season. My primary role was as a member of the Perception team which was responsible for processing and analyzing all incoming information from the 2 cameras and 2 LiDARs on the car. My tasks involved the calibration of the various sensors in both the spatial and temporal domain to allow for fusion of the sensors data for combined processing.

My secondary role was the programming of various AVR32 microcontrollers on the car for interfacing with various components such as the Inertial Navigation System (INS), Low Voltage controller (LV), accumulators (AKKU), dashboard (DB), and the CAN interface tying them all together.

Received Warren-Batts VIP Innovation Award for significant contribution towards the team upon nomination by my research advisor.

I was a member of the EnerCage VIP Research Project at Georgia Tech under the Image Processing and Microcontrollers subteams.

Under the Image Processing subteam, I worked on training Deep Learning Convolutional Neural Network models to accurately predict and classify a lab rat's behavior from a color video and depth top-down feed. This is done in combination with various preprocessing steps to represent the data in different formats before feeding them into the training models.

Under the Microcontroller subteam, I worked with the Raspberry Pi to establish a hub between a rat-mounted microchip and a researcher's computer using Bluetooth and TCP connections respectively. I also helped design the GUI for interfacing with the Raspberry Pi Hub that would be used by the researchers on their desktops as well as implement the functionality to connect and log data from multiple hubs simultaneously.

Ranked 6th in the competition from 40 universities

I was a member of the Georgia Tech HyTech Racing team where we design a single-seat Electric Vehicle to compete against teams from up to 40 other universities at the Formula Hybrid competition and FSAE Electric.

I was responsible for linking the CANBUS network of the car and programming the various microcontrollers for functions ranging from pedal/brake control to controlling and monitoring the various EV units such as the Motor Controller, Accumulator, and Low Voltage Boards. I also installed a steering wheel-mounted smartphone that displayed gyroscope stabilized car diagnostics data such as speed, temperatures, charge, etc. via a Bluetooth connection to the car.

I served as a member of an independent, multi-disciplinary team of students who hosted our first energy savings competition in one of the on-campus freshmen housing buildings. Our project won funding from the Greenovation 2017 Fund at Georgia Tech. We designed our own monitoring system to collect live energy usage data from each of the floors in the building and log it to a remote database. We then provided statistics updated daily on the energy usage and comparative reduction for each of the floors through the competition website with the intent of fostering constructive competition and to raise awareness with regards to energy conservation.

Created and published an elegant and resourceful Rubik's Cube app for Android. The app has since been download 15,000+ times and received an average rating of 4.52 stars across 234 reviews. Features of the app include:

Created a web app aimed at faculty and students at my highschool (ISKL) to allow for easy scheduling/unscheduling of recurring events based on our school's custom calendar which follows an 8-day cycle. Has been used by over 50 different faculty members to schedule 26,500+ events.

Received 1st place in the competition from over 20 teams

My team of five and I participated in the Google Games Competition in Atlanta which involved various programming, analytical, and puzzle solving challenges.

Ranked 3rd in the competition from over 100 participants

I participated in the Freshmen Hackathon which tested problem solving skills using programming.

For our HackGT 2015 project, my team of four designed an Android App that synced with an arm-worn smart band with 3-axis accelerometer sensors. This app would be installed and two or more individuals devices. Based on the accelerometer data and time, it would recognize when two individuals were shaking hands and would automatically exchange their contact information (with prior consent) via a Firebase database.

I interned at AirWatch on the Android Agent App Development team. My primary project involved refactoring and restructuring existing code with regards to device application policy control/management/restricition. I learned new team-based technologies such as Stash for codebases, JIRA for issue tracking, Bamboo for build management, and Confluence for documentation.

I was a TA for the two CS courses. My responsibilities included writing homework assignments, preparing for and conduction weekly recitations, grading homeworks/tests, and holding office hours.